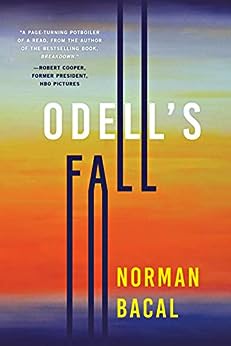 A forbidden marriage, jealous colleagues, the struggle for power, and murder. It’s a story as old as time —and as old as Shakespeare.

Modern day Manhattan. A hundred-hour-plus workweek, minimum.  No complaints. TGO fed you and, if necessary seduced and bedded you in order to service the clients and their enormous deals. No question this was home, though this was not family. This was better than family.  And Odell was their leader.

Enter into the life of Odell Moore, one of New York’s most successful lawyers, an African-American who finds his life turned sideways when he meets the woman of his dreams. Dee is the southern white daughter of one of Alabama’s elite, a racist with possible ties to the KKK. Her father’s anger about their inter-racial marriage force them to elope, and the couple escapes into another world of danger, jealousy and deceit in the Manhattan legal world. As their marriage is tested, their values challenged, and their friendships tried, will they last? Then there’s a murder, and Odell is a suspect. Did he do it?

This legal thriller will leave you breathless to the very last page of Norman Bacal’s debut novel. Reminiscent of Othello, it is the first in a series of novels based on Shakespeare’s work.

Are you interested to work from home
Then look no further.
get The Key – ebook for work at home aspirants – Click The KEY to read the book.